There is nothing that makes my palms sweat more than a ski lift. Even if I am 800 miles from the nearest one, just thinking about my legs dangling from one of those flimsy-looking benches, with only a single rod between me and the ground far below induces the sweat. And it seems that in so many movies lately, the final scene takes place miles above the ground with the villain and hero slugging it out inches from the edge. I either have to look away or tuck my sweaty hands under my legs. And I paid money for this?

Scientists tell us that fear can sometimes be a good thing. The fear response serves survival by generating appropriate behavioral responses, so when I am hiking in Colorado and winding my way across a mountain trail that juts up on one side and straight down on the other, my sweaty palms are warning me that I am in danger of falling. On a side note (and perhaps a justifying note) falling is one of two natural fears that occur in both humans and animals, with varying degrees. The other is loud noises.

And then there are the fears that grow from unnatural places. These fears can be brought about by our overactive imaginations (the monster in the closet), a traumatizing experience (a near-drowning in childhood), and misinformation – or lack of information. Lately, it seems that many of us are too-easily giving in to fear-mongering. Here is an example: Louisiana Attorney General Buddy Caldwell filed a restraining order to keep Ebola victim Eric Duncan’s incinerated belongings from being disposed of at a Lake Charles landfill. Said Caldwell:

“We certainly share sadness and compassion for those who have lost their lives and loved ones to this terrible virus, but the health and safety of our Louisiana citizens is our top priority. There are too many unknowns at this point,” Caldwell said. The Louisiana Attorney General’s Office is in the process of finalizing the application for temporary restraining order and expects it to be filed as early as Monday morning.

Additionally, the office is sending a demand letter to Texas state and federal officials, along with private contractors involved seeking additional information into the handling of this waste.”

It would seem on the surface that the Attorney General is taking responsible precautions to protect the good people of Louisiana. Unfortunately, he is simply adding to the cacophony of voices that seem to have given in to misinformed fear-mongering. In this particular example, the facts have gotten lost in the panic. Fact: Ebola is only transmitted through bodily fluids. So we can assume that once items have been burned to ashes, there would be no bodily fluids remaining. But instead of learning and sharing actual facts about this disease, we seem content to listen to those who are ratcheting up the panic level for what reason I am unsure (ratings, perhaps?)

Sometimes it helps to see things in their simplicity. Yes, I realize that this disease is complicated, but there are some simple facts that might help us have rational discussions rather than reactive drama. 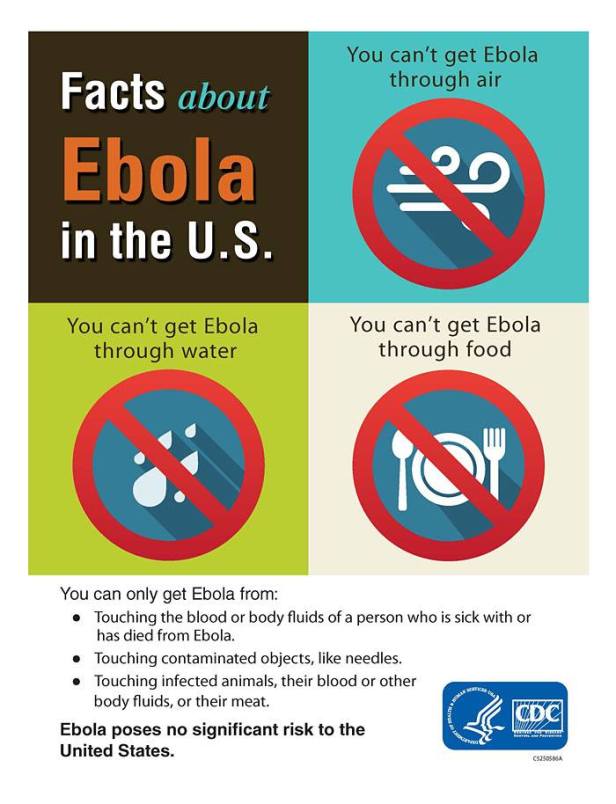 These are facts. Now, if you don’t trust your government to the level that you would dispute scientific facts that have been confirmed by infectious disease doctors, researchers and scientists, then I can’t help you. At some point, you have to hang on and trust or you’ll drive yourself and everyone else around you crazy.

But there is another danger to giving in to the fear-mongering. When we are wringing our sweaty palms because we are afraid for our own safety, we lose sight of those who are truly in peril.  Here are more facts.

“That’s the reason I’m still at the Ebola treatment center, volunteering to take care of this baby,” she told NPR. “The grandmother tested positive, but the baby tested negative, so Doctors Without Borders was looking for somebody to volunteer to take care of the baby.” Borlay says that if she gets any money from volunteering, she will go back to school when school opens. “Now I have to be self-supporting,”she says. “The only person who supported me throughout my life is gone.” She adds: “I want to finish high school and make sure I graduate.”

Lest we forget, there is an entire world out there that is suffering and has every reason to be fearful. Perhaps we can keep our own palms from sweating if, instead of being inwardly focused, we turn outward to see their pain and hear their cries. If we truly want to be counter-cultural, then let’s not fall in step with fear. Let’s walk outside it. Learn the facts. Pay attention to and have mercy for those who are suffering.

One thought on “Facts, Not Fear”