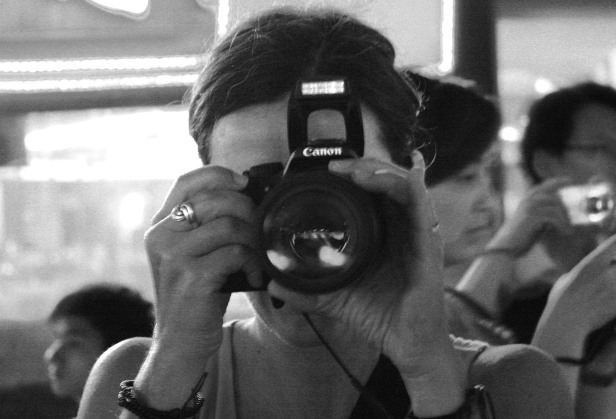 I took 1,200 photos in China. That sounds absurd, I know, but be assured that I did not keep them all. It’s true that to get one good photo, it’s necessary to take about three or four (or in my case, five or six) of the same thing. Most of my photos were duplicates that were not “keepers,” so every few days I performed major deletions from my camera card. But while I was busy snapping furiously throughout the trip, I had the familiar thought that I was missing the moment because I was so intent on capturing it. A friend and I discussed this recently and both agreed that there are times when we look at our photos and can’t remember what was actually going on because we were looking at it “through the lens.”

That was probably the case at certain moments during our trip, but there were times when I was forced to put my camera down (in Alison’s orphanage where photos were not allowed), and at lunch with the orphanage director and staff (didn’t want to make them uncomfortable). I don’t seem to remember more about those experiences than any others, so maybe I was living the moment – just doing it behind the viewfinder. Still, when I see other people at events doing nothing but taking photos of their kids instead of jumping in and enjoying that moment with them, I see myself behind the lens. I do that same thing. I’m trying to learn the balance between documenting life and living it, but I suppose I’ll always try to do both. Now that we’re back, however, parts of the trip are fading from my memory, and so I am thankful that Colin, Erin, and I documented almost every moment with photos and tons of video. It’s amazing how quickly we forget, and I don’t want to lose a moment of the trip. I’ve uploaded a sampling of our photos here. Enjoy!